Thank you to all Flyffers participating the Flyff Legacy Summer Festival! Today we’ll take a look at the schedule for the Final round and prizes!

a) Final Round Progress
- Arena of the final day will be held once, and all players who qualified from preliminary tournament can enter.
- The basic rules of the Arena are the same as regular servers.
- When the last Arena match ends, the ranking will be determined by points earned in the Finals Arena. 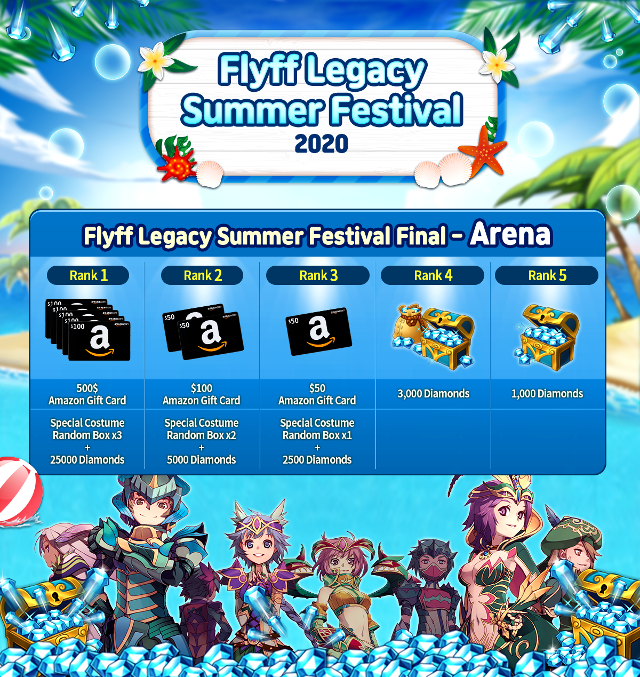 -In-game prizes will be given after the results are tallied up. Details will be posted on a later date.
- For Amazon Gift cards, the delivery will be made via the winners’ email as a code. No actual card will be sent to your physical address.
-In the case of coupon items, they can be redeemed only once and on any server of your choice.
- For reference, below are the prizes you will be able to earn in the finals

- In the event of a tie, the final ranking will be selected based on the Combat Power on 00:00 of the day Final occurs.
-Final results for the event will be posted via Facebook and Helpshift within 7 days of the Final concluding.
-We are not liable for damage to coupon unused, misuse, or code exposures, especially for the Amazon Gift card codes.