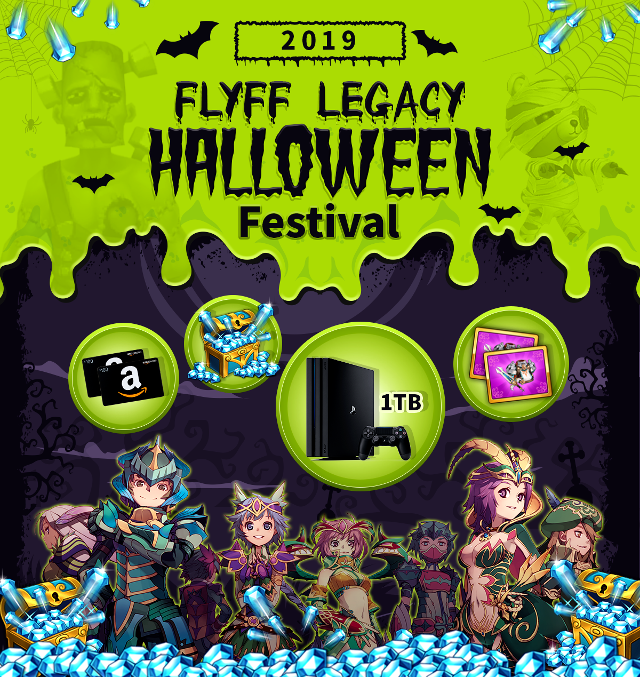 Are you ready to prove your might this Halloween?
Coming this October, we will be hosting a special Halloween Festival, with various prizes up for grabs. Don’t miss this chance for glory and loot, only granted to the mightiest Flyffer! 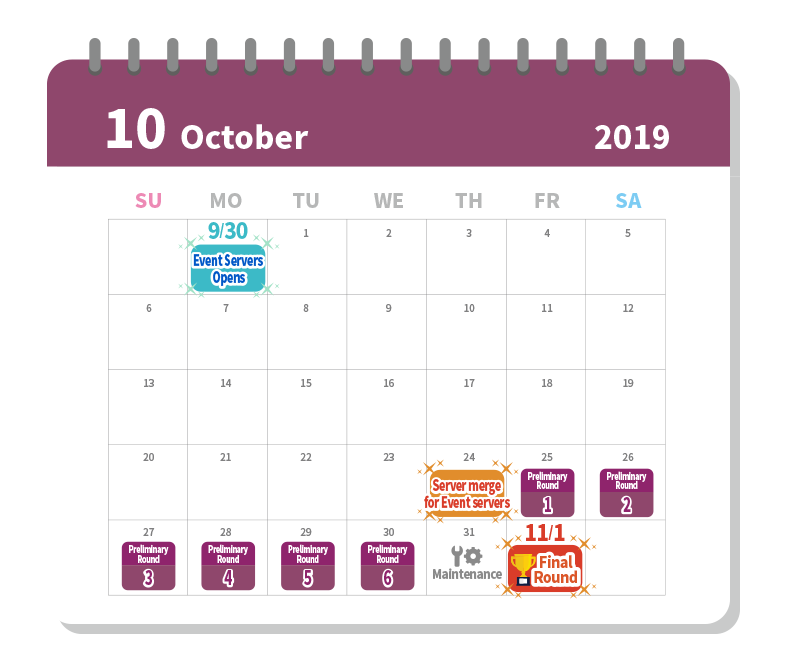 1) New servers for the event will be opened in all regions on September 30 00:00 PST. 2 servers each are going to open for North America, Europe and Asia respectively.
2) Level up and strengthen your character more than anyone else, with the maximum level at 399 for the initial period. The new servers will have additional EXP available for rapid growth.
3) On October 24 2019 at 00:00 PST there will be a server merge for each region. However, the server merge only happens internally and players will be able to join whichever server they like after the server merge is complete. After the merge happens the level cap will be lifted and the preliminary rounds for the Arena will begin from October 25 until October 30.
4) Arena will be opened 21:00 server time as usual.
5) After the preliminary rounds haven been done for 6 days the results will be tallied up and the top 50 players for the Finals will be chosen on October 31. We will make a separate announcement for that at the time.
6) One player for each server will leave victorious after defeating the rest in the grand final on November 1, 21:00 server time!
7) Below are the prizes you will be able to earn in the finals 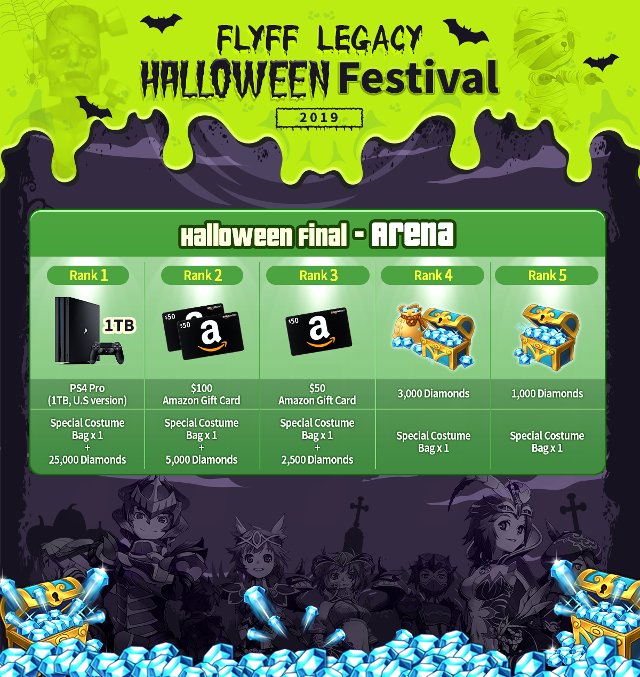 * All prizes are given to the top 5 ranks in each regions, North America, Europe and Asia respectively.

1) The prizes will be distributed accordingly after the event has ended, assuming proper contact with the recipient can be made.
2) Event schedule and details are subject to change in unavoidable circumstances.
3) Event prizes shown may differ in color or design to the final delivered product, depending on availability.
4) We hold no responsibility for issues or damages caused by failing to heed this notice.